This is an experimental technology

Because this technology’s specification has not stabilized, check the compatibility table for the proper prefixes to use in various browsers. Also note that the syntax and behavior of an experimental technology is subject to change in future versions of browsers as the spec changes.

CSS animations make it possible to animate transitions from one CSS style configuration to another. Animations consist of two components, a style describing the CSS animation and a set of keyframes that indicate the start and end states of the animation’s style, as well as possible intermediate waypoints.

There are three key advantages to CSS animations over traditional script-driven animation techniques:

The sub-properties of the animation property are:

Once you’ve configured the animation’s timing, you need to define the appearance of the animation. This is done by establishing two or more keyframes using the @keyframes at-rule. Each keyframe describes how the animated element should render at a given time during the animation sequence.

You can optionally include additional keyframes that describe intermediate steps between the start and end of the animation.

Note: The examples here don’t use any prefix on the animation CSS properties. WebKit-based browsers and older versions of the other browsers may need prefixes; the live examples you can click to see in your browser also include the -webkit prefixed versions.

This simple example styles the <h1> element so that the text slides in from off the right edge of the browser window.

Note that animations like this can cause the page to become wider than the browser window. To avoid this problem put the element to be animated in a container, and set overflow:hidden on the container.

In this example the style for the <h1> element specifies that the animation should take 3 seconds to execute from start to finish, using the animation-duration property, and that the name of the @keyframes at-rule defining the keyframes for the animation sequence is named “slidein”.

The keyframes are defined using the @keyframes at-rule. In this case, we have just two keyframes. The first occurs at 0% (using the alias from). Here, we configure the left margin of the element to be at 100% (that is, at the far right edge of the containing element), and the width of the element to be 300% (or three times the width of the containing element). This causes the first frame of the animation to have the header drawn off the right edge of the browser window.

The second (and final) keyframe occurs at 100% (using the alias to). The left margin is set to 0% and the width of the element is set to 100%. This causes the header to finish its animation flush against the left edge of the content area.

Let’s add another keyframe to the previous example’s animation. Let’s say we want the header’s font size to increase as it moves from right to left for a while, then to decrease back to its original size. That’s as simple as adding this keyframe:

This tells the browser that 75% of the way through the animation sequence, the header should have its left margin at 25% and the width should be 150%.

Making it move back and forth

That made it repeat, but it’s very odd having it jump back to the start each time it begins animating. What we really want is for it to move back and forth across the screen. That’s easily accomplished by setting animation-direction to alternate:

You can get additional control over animations — as well as useful information about them — by making use of animation events. These events, represented by the AnimationEvent object, can be used to detect when animations start, finish, and begin a new iteration. Each event includes the time at which it occurred as well as the name of the animation that triggered the event.

We’ll modify the sliding text example to output some information about each animation event when it occurs, so we can get a look at how they work.

We start with creating the CSS for the animation. This animation will last for 3 seconds, be called “slidein”, repeat 3 times, and alternate direction each time. In the @keyframes, the width and margin-left are manipulated to make the element slide across the screen.

We’ll use JavaScript code to listen for all three possible animation events. This code configures our event listeners; we call it when the document is first loaded in order to set things up.

This is pretty standard code; you can get details on how it works in the documentation for element.addEventListener(). The last thing this code does is set the class on the element we’ll be animating to “slidein”; we do this to start the animation.

Why? Because the animationstart event fires as soon as the animation starts, and in our case, that happens before our code runs. So we’ll start the animation ourselves by setting the class of the element to the style that gets animated after the fact.

The events get delivered to the listener() function, which is shown below.

This code, too, is very simple. It simply looks at the event.type to determine which kind of animation event occurred, then adds an appropriate note the <ul> (unordered list) we’re using to log these events.

The output, when all is said and done, looks something like this:

Note that the times are very close to, but not exactly, those expected given the timing established when the animation was configured. Note also that after the final iteration of the animation, the animationiteration event isn’t sent; instead, the animationend event is sent.

Just for the sake of completeness, here’s the HTML that displays the page content, including the list into which the script inserts information about the received events:

This site uses Akismet to reduce spam. Learn how your comment data is processed.

We are the guys you hire when others say it can not be done. With a rich history of experimental and Research Based Development we are almost certain if you have a issue we can fix it.

Give us a Review Today 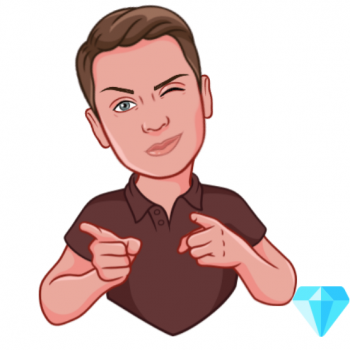